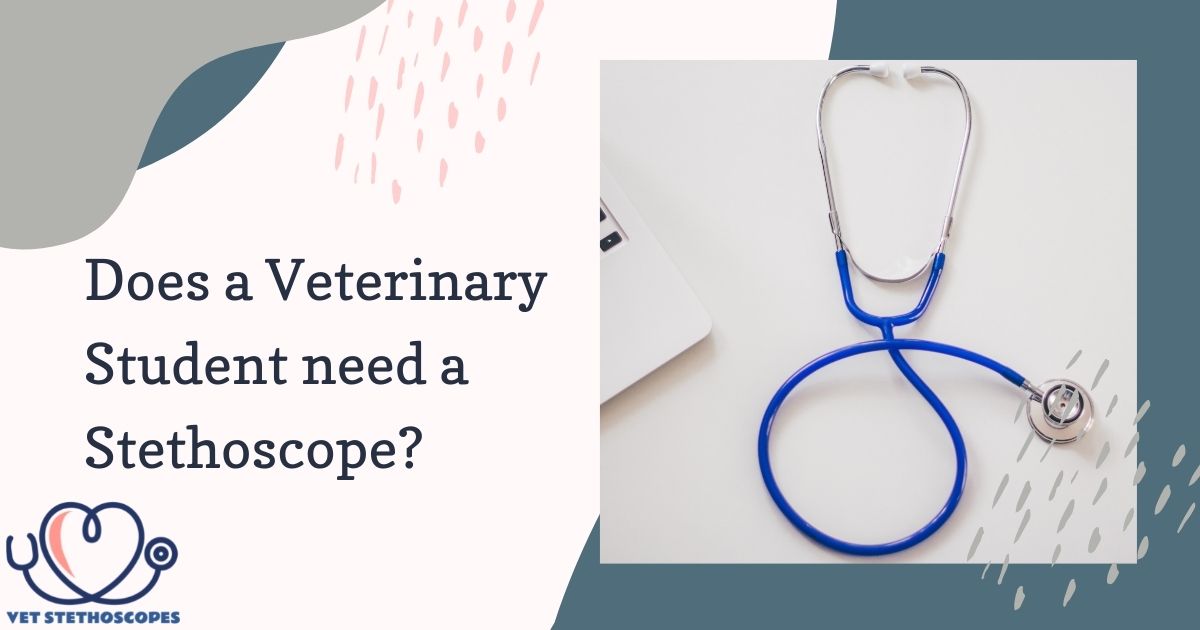 While most veterinary schools are equipped with a load of stethoscopes, during the advanced semesters of actual clinical or field practice vet students are obligated to have a stethoscope on their own. School policies aren’t that strict about buying a specific model of the stethoscope and every student can opt for a cheaper model just to get him through the studies. Of course, buying one with higher performances will give you a much better picture of the whole process of auscultation as an important method of detecting certain diseases. Getting familiar with your stethoscope during the studies, and using the same afterward, when you start practicing veterinary medicine as a veterinarian, will come in handy because you already mastered the sounds the stethoscope makes.

What do vet students do with a stethoscope?

During the course of the studies, veterinary students will use the stethoscope in many ways with the sole purpose to learn how to differentiate normal from abnormal sounds a body makes. Most schools do teach the students the mechanism of a stethoscope, along with a brief history of the diagnostic tool and most importantly the difference between the bell and the diaphragm.

During school practice, every vet student will use his stethoscope to examine the respiratory function of the animal and look for abnormal sounds, usually caused by narrowing of the respiratory paths due to inflammation or accumulation of unnecessary material.

Once the students are taught how the heart sounds are created (S1, S2, S3, S4) they will have to put their knowledge to practice by auscultating the heart on an animal. Examining the cardiac functions requires using both sides of a stethoscope’s chest piece. Gallops as a result of S3 and S4 sounds can be detected using the bell (used for low-frequency sounds), and heart murmurs can be detected with the flat piece, the diaphragm (used for high-frequency sounds).

Using a stethoscope in veterinary medicine is also intended for listening to a bowel movement. This is especially important in large animals that often suffer from different types of indigestion and auscultating the digestive tracts really helps determine the cause of the disease.

Every vet student should get used to wearing and using a stethoscope because this will remain something as a doctor’s trademark throughout his/her career.

DISCLAIMER
We are a participant in the Amazon Services LLC Associates Program, an affiliate advertising program designed to provide a means for us to earn fees by linking to Amazon.com and affiliated sites.